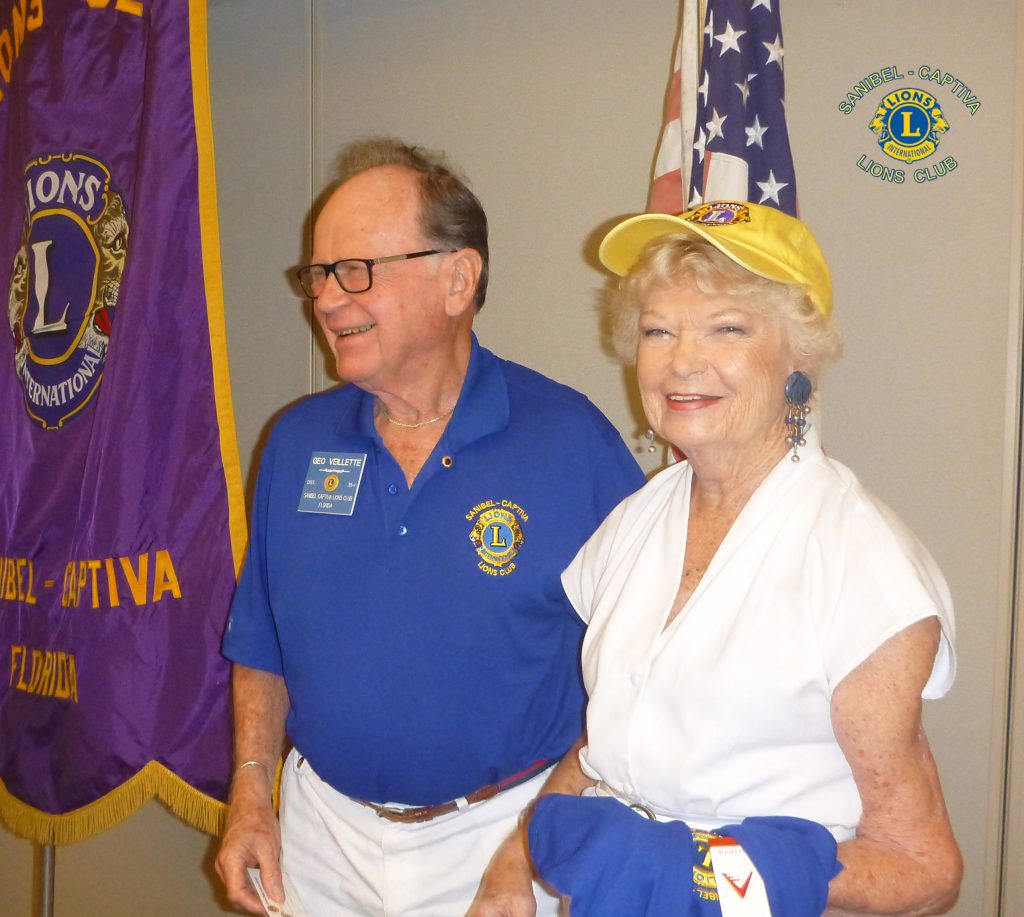 Lion George Veillette was named Lion of the Year, but was not present to receive his award. He is with his wife Hazel at her recent induction as a Lion

The Sanibel Captiva Lions Club named George Veillette as Lion of the Year at the annual installation dinner Wednesday, May 2, at the Thistle Lodge Beachfront Restaurant. Veillette has been an active Lion for 30 years and honored for his tremendous efforts during the past year.

“Since becoming a Lion in 1989, George has contributed to the success of our club,” said Lion Bert Jenks. “He has often contributed his time and efforts without the recognition he deserves.”

Veillette has served as the club’s president and is a Melvin Jones Fellowship recipient. He has been active in all of the club’s fundraisers, including being a major factor in raising funds in our business community for each event. He personally sees to the needs of those in our community who require eye care, but cannot afford it.

“Not only has George been an active Lion, but he has found time to volunteer for other organizations on the island,” said Jenks. “It is people like him that make Sanibel a special place.”