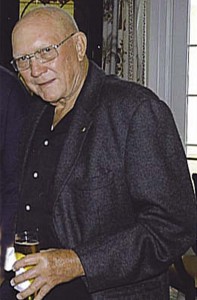 Lion Les Forney has been our club’s treasurer for longer than anyone can remember.

During the time of his tenure, Les has always paid the bills on time, perfected the budgeting process for our two different accounts, and generally kept us out of financial trouble.

But due to illness, Les has decided to enlist in an assisted living facility. And yes, he has found a place near Tampa that will allow him to keep his beloved parrot companion, Norman.

Lion President Kurt Peters wanted to honor Les at our dinner meeting on February 17th. But Les was not well enough to attend. So, rather than have Les come to the Club, the Club came to Les…thus the group picture, appended to this article, that will be presented to Les, along with a plaque commending his years of service to the Club.

Les. We thank you and wish you the very best going forward! You will be missed. God bless! 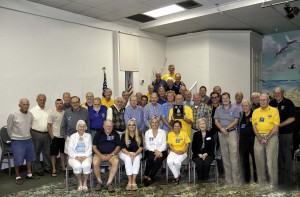