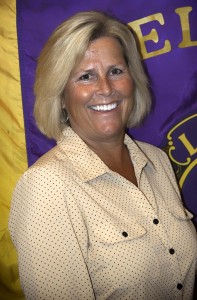 Jean Baer has lived on Sanibel for 28 years. But it wasn’t until eight years ago that she decided to bring a farmer’s market to the island.

Now she has seven farmer’s markets spread over Lee County and is looking for even more territory to conquer. Each day of the week is devoted to just one of these markets (Sanibel’s day is Sunday), so if adding another market would mean adding another day to the week, Jean could probably do it.

This busy mother of two is a Parks and Recreation major from the University of Wisconsin at La Crosse. She started out at South Seas, was General Manager at the Dunes, and has sold real estate for Royal Shell

Jean believes in reducing Food Miles, i.e. using and selling locally grown produce wherever possible. But not just produce, she also promotes the sale of locally made products like bakery goods.

Selling local products to local people benefits our area by producing jobs and income which stay here. But that’s not all…the food arrives fresher and in greater variety.

Mindful of the local island economy, Jean is dedicated to not competing with the local merchants, mostly selling products not otherwise available on Sanibel. As a matter of fact, it has been demonstrated that bringing customers to her markets, adds potential customers to other local stores and shops also.

So let’s give a big “Thank You” to Jean. She not only helps the local economy by providing jobs along with her produce, but she helps us eat healthy as well.