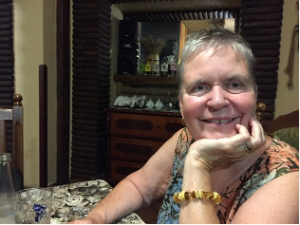 Ariel Hoover, the chair of the local chapter of The Climate Reality Project, gave a presentation via Zoom to the Sanibel Captiva Lions Club at their December meeting.  She highlighted some of the extremes that have been occurring.  The last five years have been the hottest years on record.  In the last two years temperatures reached 113 degrees in Paris and 123 degrees in India presenting a real danger to human survival.   She also covered items that are a little closer to home. Florida has 53 superfund sites which sea level rise and flooding from increased precipitation could present a threat to drinking water.  Miami is the #1 city in the US at risk for sea level rise.  The infrastructure was not built to handle the current water level and it is subject to high tide, non-storm flooding.  The city is raising the level of some roads, increasing the use of pumps, and talking about having to raise some ground level houses.  This will be an expensive and time-consuming proposition.

The good news is that non-fossil fuel sustainable energy is becoming less expensive and more widely available.  Several countries, including China, have committed to being carbon neutral by 2050.  Germany is providing over fifty percent of their energy needs through renewable sources.   Almost eighty percent of new electric generating capacity is clean energy.  Solar electric jobs are growing at five times the rate of jobs in the overall economy.  The returns of renewable energy companies have been higher than the returns of fossil fuel energy companies.

If you are interested in finding out more about the impacts and defense against the impact of climate change she encourages you to go to the web site www.climaterealityproject.org.

The Sanibel Captiva Lions Club has been serving the Sanibel and Captiva Communities for over 50 years.  While the Lions Club is most known for their effort to eliminate preventable blindness, the club serves citizens of the Islands and greater Southwest Florida in a variety of ways.  The local club is part of Lions Club International, the largest service organization in the world with over 1.4 million members in chapters in over 200 countries.

Sanibel Captiva Lions Club holds regular dinner meetings on the first and third Wednesday of the month during the year. Visiting Lions or other interested people are welcome to attend. For more information on the Sanibel Captiva Lions Club contact Membership Chair Lion Steven Schulz at PO Box 391, Sanibel, FL 33957, or 239-233-6261, or visit our website at www.sanibelcaptivalionsclub.org.