Wednesday night, January 6th… thanks to Lion Joe Smaha and his lovely wife, Shirley… the Sanibel Captiva Lions were treated to a fascinating talk by a former active participant in U.S. nuclear submarine development.

In 1960, fresh out of medical school and an internship, Kevin T. O’Donnell went on active duty with the U.S. Navy to become a nuclear trained MD.

As it happened, Dr O’Donnell attended the last nuclear training class under the aegis of Admiral Hyman Rickover, widely considered the father of the United States nuclear submarine program.

After about a year of training, Dr O’Donnell was assigned to the USS Sam Houston SS(B)N 609, a nuclear-powered submarine then under construction at the Newport News shipyard in Virginia.

Dr O’Donnell stayed with the Sam Houston through post-construction sea trials, shakedown and commissioning. He then went on board for two missile shots at Cape Canaveral, Florida, followed by two sixty-day patrols at sea.

Upon discharge from active Naval duty, Dr O’Donnell received a four-year residency in Urology from the Mayo Clinic, followed by private practice in Detroit, Michigan. He has been a Florida resident for twenty-two years.

Kevin T. O’Donnell MD typifies the dedicated breed of “Citizen Sailors” who have helped make the United States Navy the best and strongest in the world today. 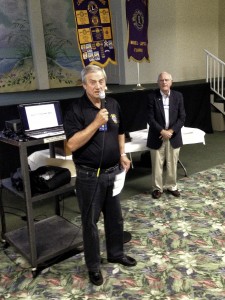 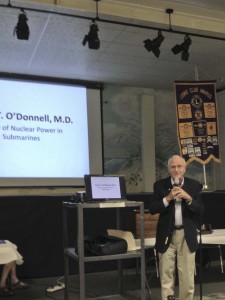