Everyone knows Lion Dick Travas. He is the “Nasty One”, aka the Lions Tail Twister. 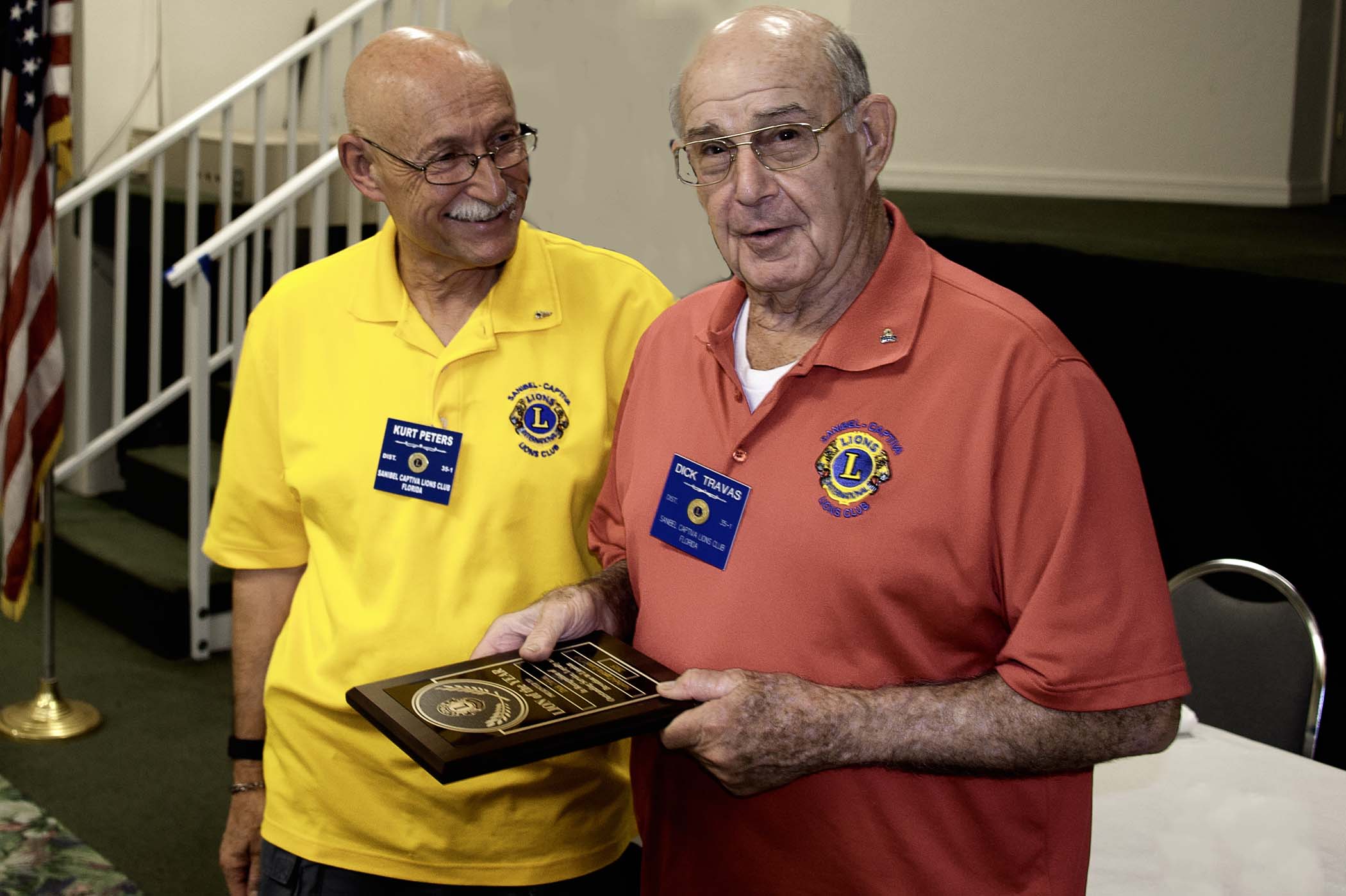 He’s the one who can fine you some serious money for dastardly crimes like: Not wearing your club pin, not wearing a Lions hat when your picture appears in the paper….even for wearing….or not wearing socks.

So how did this much despised disciplinarian become the Lion of the Year for 2015? Easy. Dick does a lot more than just give members a hard time. He also volunteers for club functions as diverse as extracting blood for diabetes testing to directing traffic at club functions. Also, he’s a really nice guy…as long as you obey the rules.

So, congratulations, Dick…and the very best….until you collect my next dollar.